Where you can find all published issues of the Advanced Scribes Afflatus, our very own newsletter!

my inbox is always open.
Top 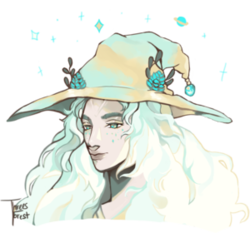 spacing
i. how would your character describe their childhood? ryker is the type to openly talk about anything,
not caring about sensitivity and lack thereof. she is absolutely accustomed to her own issues that she
will talk about it very bluntly and honestly, as it is normal to her, even if it isn't for others. she has no
emotion attached to her past, and has long since learnt how to deal with the fierce emotions that used
to haunt her, causing her to turn to inflicting pain upon herself and others -- through contract killing.

ii. what were your character’s favorite childhood activities? ryker had always been the type of kid that
was fond of the outdoor and natural world, spending all of her time away from home amongst the trees
that surrounded her heavily wooded childhood home. she loved scaling them and spending hours in the
highest branches with her sister, just sitting in the calm silence. once she learnt how to handle weapons,
she took her anger and frustration out on the animals that would often times cross through those woods.

iii. what was your character’s fondest childhood memory? ryker isn't exactly the type with "fond
memories", but if she was forced to choose something, she'd have to pick the times spent in those woods.

iv. is your character a virgin? if not, when did they lose their virginity? no, she is not. she doesn't
believe in the construct of virginity necessarily, but the first time she had sex, it was with yngve. don't
even ask her what she considers her relationship with that man is. they both hate each other, and even
when they were having sex, it was more like a fight than it was anything else. and that's how she likes it.

v. who has the greatest influence on your character? why? definitely her older sister, blythe. the two
may fight more often that is probably acceptable, but at the end of the day, nothing will break their bond
with one another. ryker would kill for her sister, and vice versa. they are fiercely protective of one another.

vi. is your character able to kill? under what circumstances do they find it acceptable? oh, absolutely.
with zero hesitation, as well. she will use any excuse to torture and kill any man, even if they could be
found innocent without fault. ryker thoroughly enjoys it -- perhaps a little too much, some may say.

vii. is there anything your character refuses to do? what is it and why? ryker has absolutely zero
boundaries, and she makes that much obvious to anyone and everyone she comes across.

viii. in general, how does your character treat others? she comes across as almost... flippant, in a
way. she makes bad jokes at very bad times, and has absolutely no concept of manners. she curses
like a sailor and is sarcastic to a huge fault. although intuitive, she doesn't exactly care how other's feel

ix. who is your character’s best friend? how did they meet? best friend? ryker? fuck all of that. ryker
doesn't have best friends, let alone even a friend. the closest thing she has to a friend is her sister, but
she'll teasingly call yngve her bestest friend in the entire world. she loves giving him a hard time, and
knows how much it irks him. she met him when he was doing guard duty when she was a lot younger,
the man put in charge of watching her cell when thrown into a high-security prison after a minor slip up.

x. if your character died or went missing, who would miss them? only blythe, her older sister.

xi. what does your character look for in a potential lover? ryker doesn't do love, and that's final.

xii. how can someone impress your character? anyone who can deal with her shit, honestly.

xiii. what are your character’s pet peeves? oh god, she has an absolute laundry list of things that
piss her off. she hates it even if someone is breathing too loud for her liking, and will make damn sure
said person will never be able to take another breath for the rest of their life. her biggest thing, though,
is lying. don't fucking lie to her, or else she'll give a damn good reason to wish you never did.

xiv. name three things your character is good at. name three things they’re bad at. ryker's really
good with guns, that's a damn fact. has a too-happy trigger finger, in all gut-wrenching honesty. she
boasts about this often, too. she's also pretty damn good at making dumbass jokes, just for the sake
of making people laugh before she digs her blades into their skulls. lastly, she's really good at making
others absolutely hate her. it's a talent, you know? now, she's absolutely terrible at following rules.
her sister will be the first to tell you that. she sucks with commitment as well, simply because she doesn't
want to, not because she can't. and of course, she's really bad at good timing. queen of poorly timed
comments and jokes, she knows how to make situations really awkward, really goddamn fast.

xv. what would your character want to be remembered for after death? she doesn't want to be
remembered, really, except maybe for how big of a pain in the ass she was for her sister and yngve.
Top 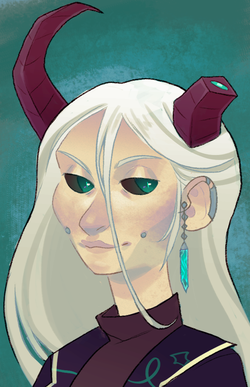 Re: AS Afflatus: Issue Eleven

Any post/submission made after this will not count towards points. Make sure to participate in the June issue!
Top
Post Reply
36 posts

Return to “AS Afflatus”