Where you can find all published issues of the Advanced Scribes Afflatus, our very own newsletter!

x
Just a couple of reminders for the Afflatus! x
1. When nominating a writing piece for the Featured Writing, keep in mind that nominations should come from the Share Your Writing forum (or the Fanfiction forum). Nominations can also come from any prompt event held and from the NaNoWriMo event. Nominations can also come from house run prompt threads. As long as the nomination is not from a role-play forum, it is fair game. The purpose is to shine light on individuals' personal work and stories, rather than role-plays. Make sure to include a direct link to the post, and also mention the title and user.

3. When submitting an anonymous compliment, please include username and link to their profile. I notify these users after each issue is posted so that they know they've received a compliment and it makes it easy to track them down in case usernames are changed!

4. When posting submissions to the thread (character interviews and prompts), please make sure the words Character Interview or Prompt are there in the title post. It's not a big deal if forgotten, however. Also, please post each character interview and prompt submission separately. If you submit three things, submit them all on separate posts for easier point keeping!

5. Remember, you can post up to two (2) character interviews per issue.

7. For Article Submissions, they can be about anything. Articles submitted for Writing Tips or Life Tips is always appreciated. When submitting an article, please link to a Google Doc that can be edited. Make sure to include your user (and link it) and house on the doc so that we can award points and give credit for your work!

8. Going forward, at the end of the month I will post the following on the thread: "Any posts made after this will not count towards points." I will be trying to stay consistent with this and plan on doing this on the last day of every month by 11:30 PM CST time. Please note that if this doesn't happen for a day (or more) then you can assume it's fair game to submit more things to the thread, since it is likely taking some time to get the next issue out. The Google form, however, will be closed the night before the next issue.
x Points System x Dear Stag Submission ……………………... 5 points
Featured Writing Nomination ……………… 5 points
Future Prompt Suggestion ……………….... 5 points
Compliment Submission ………………….... 5 points
Critique/Critique Piece Submission …… 5 points

Activity Participation - will vary depending on level of difficulty
Top

1. What is your character's name and how did they get it?
Denver, and the owner of the father of the breeding actually suggested the name.

2. How do they feel about their name?
He quite likes his name, actually.

3. What items does your character keep next to their bedside?
Extra blankets, tissues, random little trinkets...

4. What did your character want to be when they were younger? Are they doing that or working towards it? If not, why?
He actually wanted to help in a bookstore, or with photo work, but...well, he hates crowds and germs and such now. There’s also the reason he isn’t doing either of those things...

5. How does your character feel about family functions and events?
He knows he has to go to them...They aren’t really family things, it’s parties and events with Kaori’s friends.

6. Does your character make friends easily?
Not at all...It’s because of the germs, personal space, personality thing. He has one Fur trying to be his friend, though.

7. What was your character's first romantic encounter like?
Hasn’t had it yet.

8. How does your character display affection?
He only shows it to his mother...right now; hugs, kisses, cuddles, doing nice things for her, (trying to make) making food when she’s sick.

9. How does your character flirt with another?
He doesn’t...he has no interest in romance as of the moment.

10. What is your character's least favorite food?
Probably broccoli or citrus.

11. Describe your character in three words and explain why you chose each.
Caring, distant, warm
Caring, because he loves his mother and wants to see her happy.
Distant may not be the right word, but the personal space and germs thing.
Warm, because of all those clothes he wears, and blankets when he puts them on.

12. What is your character's greatest regret in life?
He has none, yet.

13. Does your character keep their promises?
If he makes a promise with someone but, as stated, he doesn’t exactly have any friends.

14. What are some values your characters hold?
Personal space, probably. Family comes first. Protect your mother. Don’t fight. Be kind, even if you don’t agree. Being warm and caring is good.

1. What is your character's name and how did they get it?
Sugarbear; the name was stuck in my head, and when I decided to make him a better ref, I just thought it worked.
‘Canonically’, his mother named him for the white fur, and the hope he’d grow big and strong like a bear.

2. How do they feel about their name?
He quite likes his name, actually.

3. What items does your character keep next to their bedside?
He has a dog bed...His scarf is placed safely nearby at bedtime, and there’s some toys and a blanket. There’s a framed picture of mum, too.

4. What did your character want to be when they were younger? Are they doing that or working towards it? If not, why?
He’s a dog...He kind of thought it would be cool to be a racer, though.

5. How does your character feel about family functions and events?
Well, he doesn’t have any for canine family...but the human family comes over, and gives him lots of pats and attention, so he doesn’t really mind.

6. Does your character make friends easily?
Yes, because he’s an exceptionally friendly animal.

7. What was your character's first romantic encounter like?
He hasn’t exactly had one yet.

8. How does your character display affection?
Like any other dog would: excitement, joy, pouncing, tail wagging, rubbing, licking, cuddling.

9. How does your character flirt with another?
Um...he’s a dog, and has no interest in any canine right now.

10. What is your character's least favorite food?
Broccoli and citrus.

11. Describe your character in three words and explain why you chose each.
Cuddly, friendly, playful
He’s a dog, that’s why. He’s very friendly, he loves to play, and he quite enjoys a good cuddle.

12. What is your character's greatest regret in life?
He hasn’t had any regrets, actually.

13. Does your character keep their promises?
Yes, he absolutely does, if anyone makes him even promise something.

14. What are some values your characters hold?
Family (and humans) comes first. Not fighting over stupid things. Never hurt anyone, unless they’re a serious threat. Protect the little ones.

15. Is your character a leader, follower, or lone wolf?
Definitely not a lone wolf, but probably not much of a leader either. He sticks with the group, or with his human(s).
Last edited by Spiritstar3 on Sat Aug 04, 2018 2:43 am, edited 2 times in total.
Top

Willie sighed as he looked around, head tilted to the side and ears pricked. The black and white pitbull shook his head, cursing his luck again when no she dogs came around. He shook his coat out, stepping forward, moving into a trot then a lope. Upon reaching the usual park, he glanced right, then left, then ran inside, seeing no humans close by. Of course, this didn’t mean none were in the park itself...Flicking his tail a few times, he headed for the meet up spot, seeing Kora was already there.

He touched his nose to the little Welsh Corgi’s head, then sat and waited. When Jess and Kerro arrived, he dipped his head to them. “Hey. Been a while, huh?” he woofed, earning nods from all three. They sat awhile, then Jess glanced towards the other end of the park, the red and white Akita’s tail curling over. She glanced back to the others, seeing them watching her, and woofed “Just like old times?” Kora tilted her head, yipping, then chuckled as she stood up. Taking a breath, she glanced to the others, then opened her maw, revealing little teeth.

“Just like old times.” Kora, Kerro, and Willie said in unison. The Bernese stood up, shook off, touched his nose to Kora’s head, then stepped forward. He nuzzled Jess at the same time Willie did, Kora pouncing around the three bigger dogs. They set off for the back of the park, where the fence was, slipping through and running for the back alleys.

Re: AS Afflatus: Issue Fourteen 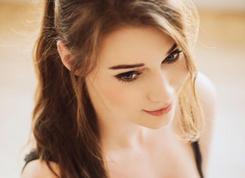 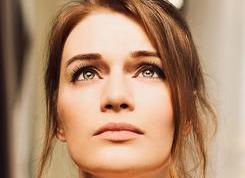 Return to “AS Afflatus”

Jump to
Advanced search
Do you want to keep the AS Houses? Vote on the poll!
Ongoing Events:
The 1x1 Competition has started.
Find more information here
Looking for a competition partner? Try the search thread.

Join our discussion on making AS better!
The house survey results are in. Find them here

Do you want to keep the AS Houses? Vote on the poll before February 29th.

AS also has a chat. Click the discord icon below to join!