Things That Made Your Day V.4

my professors are chill af, all my tiny issues have been fixed and now i'm just chillin.
Got more hours at work so weeks a bit all over the place but good anyways~
xxx𝑂𝐻, 𝑌𝑂𝑈'𝑅𝐸 𝑁𝑂𝑇 𝐴 𝐹𝑅𝐼𝐸𝑁𝐷,
xxxxxxxxx𝑌𝑂𝑈'𝑅𝐸 𝑁𝑂𝑇𝐻𝐼𝑁𝐺 ━

Things with the new tills went far better than expected yesterday and I got so much done in the cake room! The freezing rain started far earlier than it was supposed to but I made it home without too much trouble? Everything is still very icy this morning to the point schools etc were canceled but I'll still have to go out in about a hour. No rest for this sucker lol.

That one apple tho. It's still managing to hang onto the tree. Even now with the ice swaying it down and the branch bent terribly under its weight pluse that of the ice. Just I'm actually amazed.
Top

i've been in a pretty weird mood/funk lately. not to mention that this semester is handing my ass to me. assignments and things to do every single day. there's no break and it sucks but i'm just a semester away from graduation. i still don't know what i'm going to do since i changed my entire life plan out of the blue last semester in the middle, but...i'll figure it out soon enough. i hope.

my best friend & i had a conversation yesterday before i went to sleep and honestly? i needed it. she told me a lot of things i needed to hear, how we're gonna meet up for real one day regardless of how long it takes, kept reiterating how i'm her best friend and she'd give anything to meet me.
it was real sweet. it made me feel appreciated & wanted. and ... i know i am, and i don't want to take it for granted, but it's difficult to get through to me when i'm swamped down with the thoughts that have been plagueing me recently.
it was just nice to know that she really wants to meet me as much as i want to meet her and that i'm not just being overly clingy by calling her my best friend.

hey folks ! it's the breadstick man who doesn't actually eat breadsticks. really, i'm
just here to post my shitty gay one-shots of my best friend and i's ocs, but i'm also
an avid roleplayer. my main interests are anime (jjba, promare & beastars), gay shit,
pirates, writing, my ocs and music. hmu if you wanna chat or start an rp !! 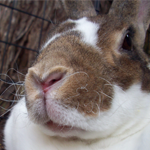 My boyfriend's parents came over yesterday as planned and we went through two closets of their old stuff and my boyfriend's sister's. It felt SO good to have that real, tangible progress happen. After being with someone for FOUR YEARS who would promise stuff and then never get around to it, who would say such wonderful, supportive, kind, thoughtful things and then not actually follow through in actions when it came down to it.. this is amazing. Sure he is slow about it sometimes, takes some hints and reminders, but he DOES things.

There have been talks about them clearing the rest of their stuff from this house for... six months now?? So to have it finally BEGIN is just so great.

And then last night while out celebrating my brother's 40th, one of my other brothers said he wants us to host a game night. I'm not surprised he is curious to see my boyfriend's place and a game night is EXACTLY what we've kind of had as our goal for getting the house in better shape. I would love to have my brothers/friends over for game nights. ^__^ 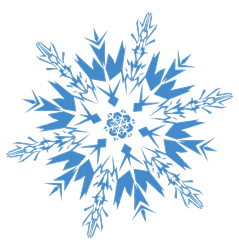 
Neighborhood Administrator at your service.

Happy Birthday to all of the February blueberries!

I just found out a musical I recently got into (Six) is now coming to my country!!! WHICH NEVER HAPPENS. and it literally just got announced today which is hilarious because i only googled the possibility of tickets today and was thinking I was going to have to fly to Australia for it. BUT I DON'T. Now I'm just waiting for them to go on sale.
Last edited by Aporia on Mon Feb 10, 2020 9:43 am, edited 1 time in total.
Top

During my annual review my manager agreed that I am functioning well above my current role as junior engineer so I am going to be scaled up!!! I'm so happy about that!

Jump to
Advanced search
Do you want to keep the AS Houses? Vote on the poll!
Upcoming:
Flash Forward: Badge System
Check the 2020 Event Schedule here

Join our discussion on making AS better!
The house survey results are in. Find them here

Do you want to keep the AS Houses? Vote on the poll before February 29th.

AS also has a chat. Click the discord icon below to join!